The car rental company Movida was one of the main sponsors of the 2019 edition of Rock in Rio. The creatives from Talent had the idea to create a visually stunning content just made for the event. That's when we joined the race :)

Movida was the official sponsor of Rock in Rio and invited us to create a visually appealing film to be exhibited on stages’ big screens during the breaks of the shows. In order to celebrate the joining of these two universes – music and cars – our story needed to go through several musical styles and explore the portfolio diversity of the rental company throughout the film. 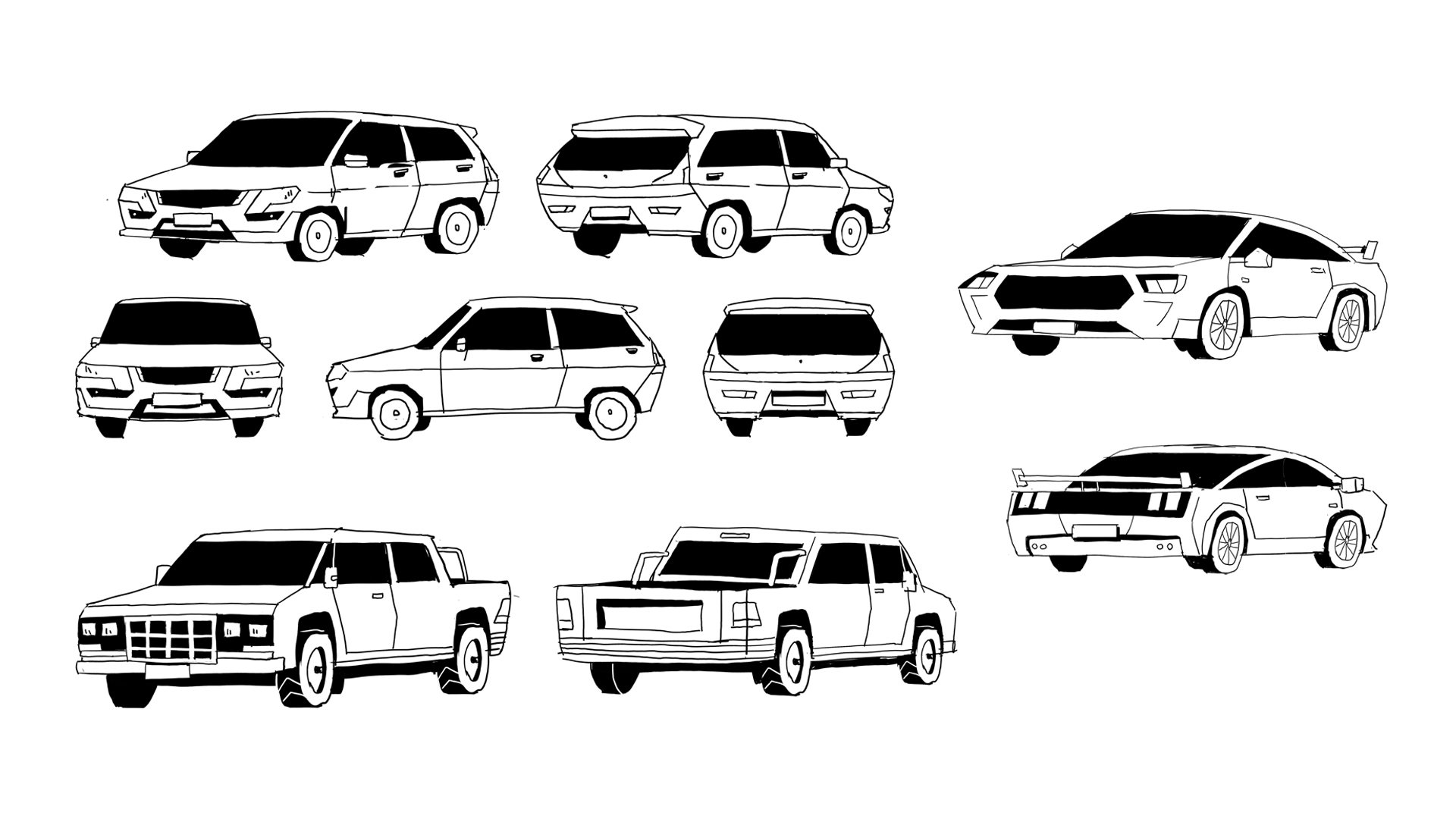 Therefore, our protagonists were Movida’s cars. Thus, one of our first steps was translating different traditional cars models into our design style for the film. And of course, defining which car would represent each musical universe. 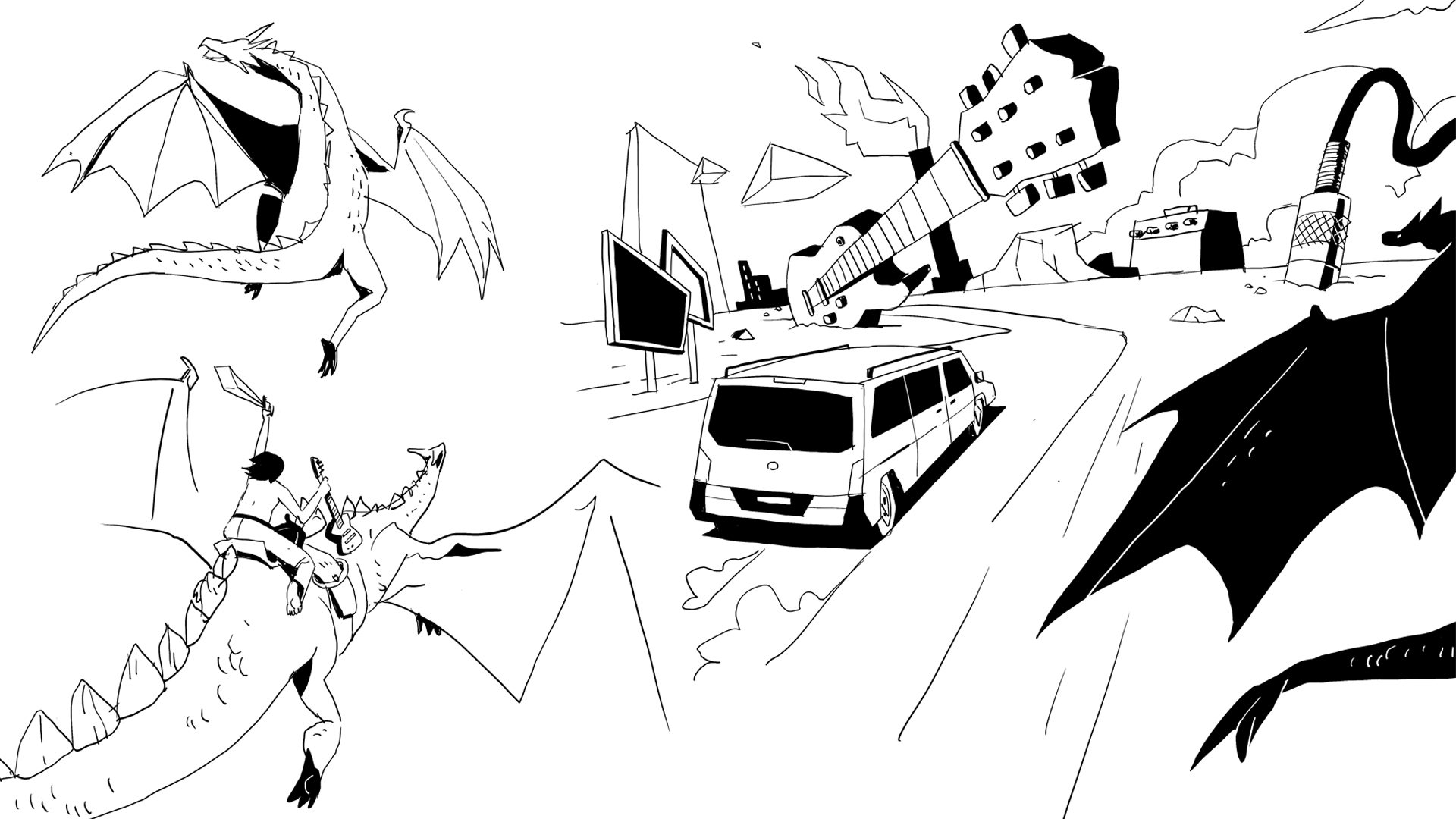 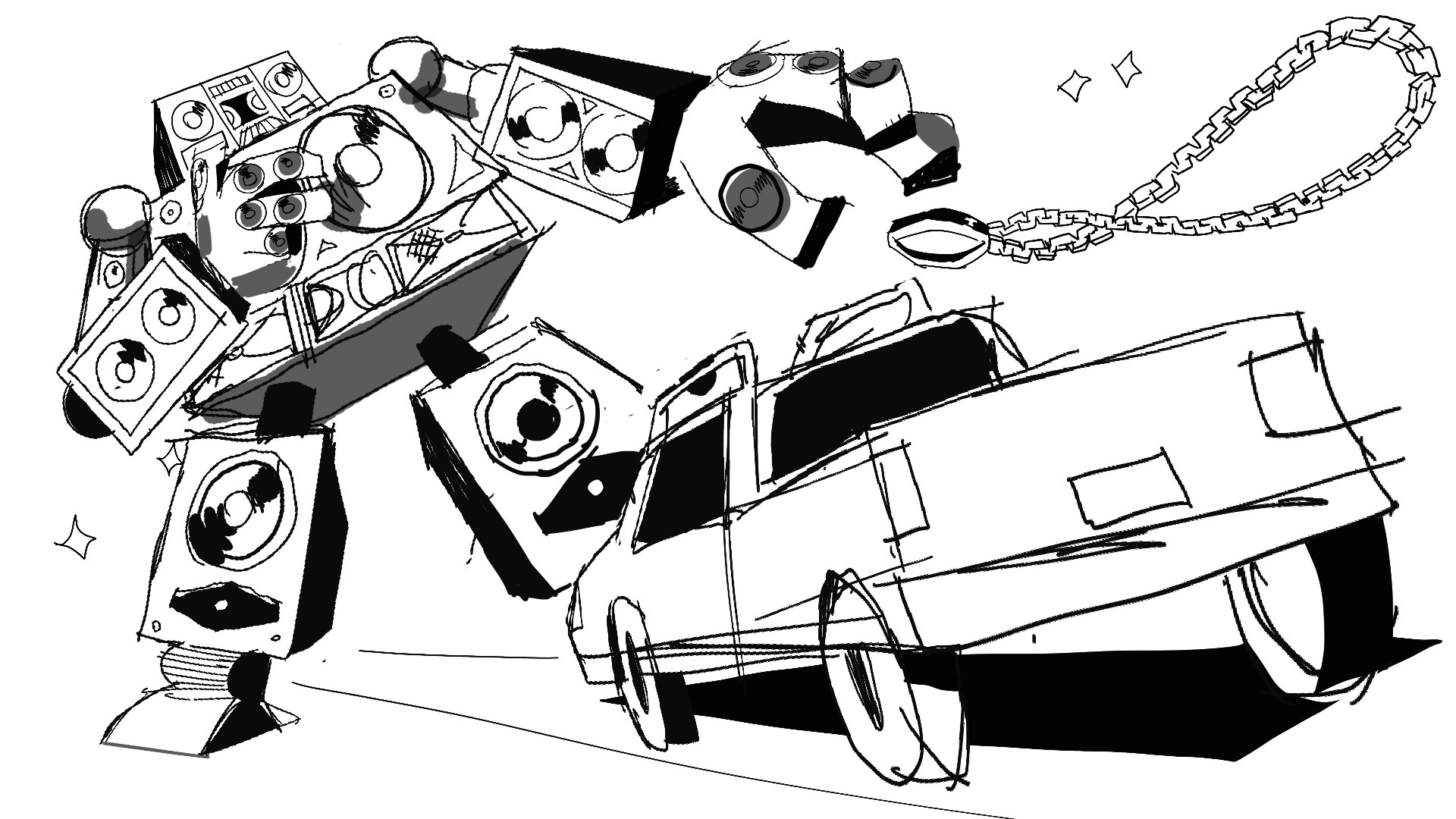 The narrative created concerns a character whose final destination is the festival, but to get there he needs to face the challenges of each musical style. In this journey, we had to search for several symbols of each universe in order to create our road and its passages from one universe to another. Guitar cables chase our hero as if they were snakes, heavy metal bats show the way, drift on a DJ set, ancient gods of electronic music try to prevent their fate. All of this to create an engaging atmosphere, as if we were changing radio stations while driving on the road. 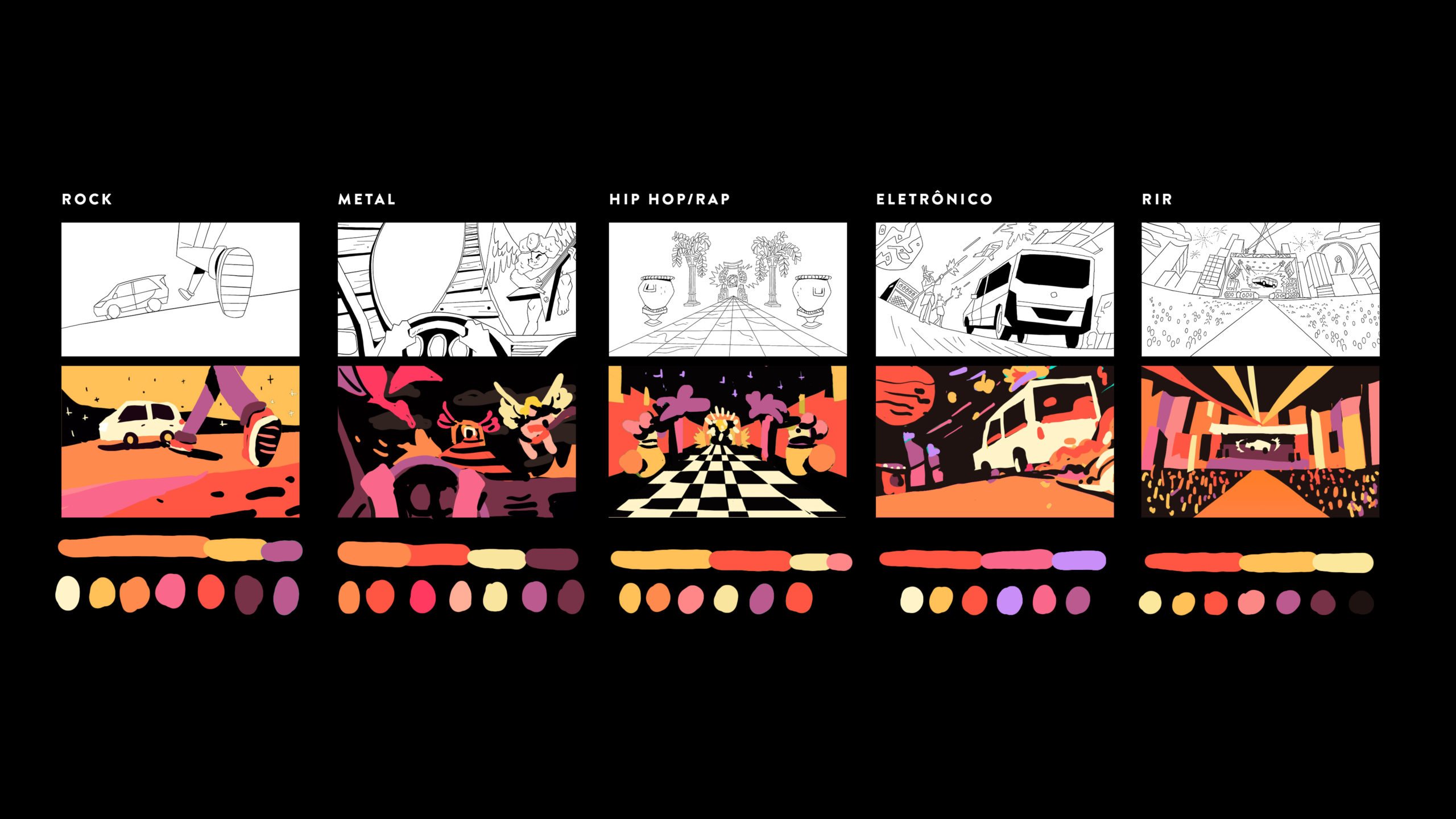 Our choices for art direction were a limited color palette with little information regarding light and shadow. A flat and minimalist look with small color changes ……. . The switch of universes is perceived along with small changes in color weights. All designed for the best experience for those who were watching from the crowd. 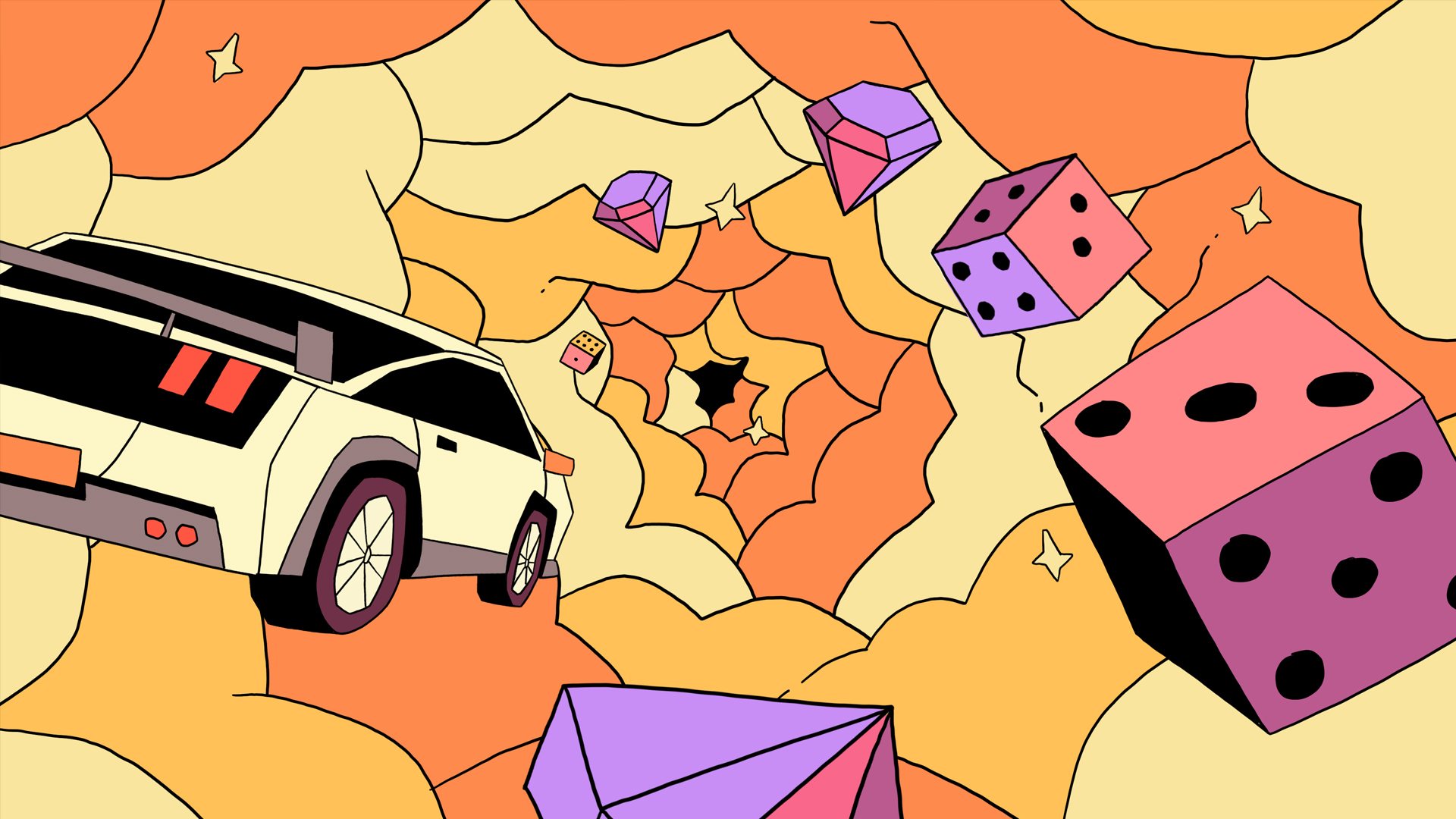 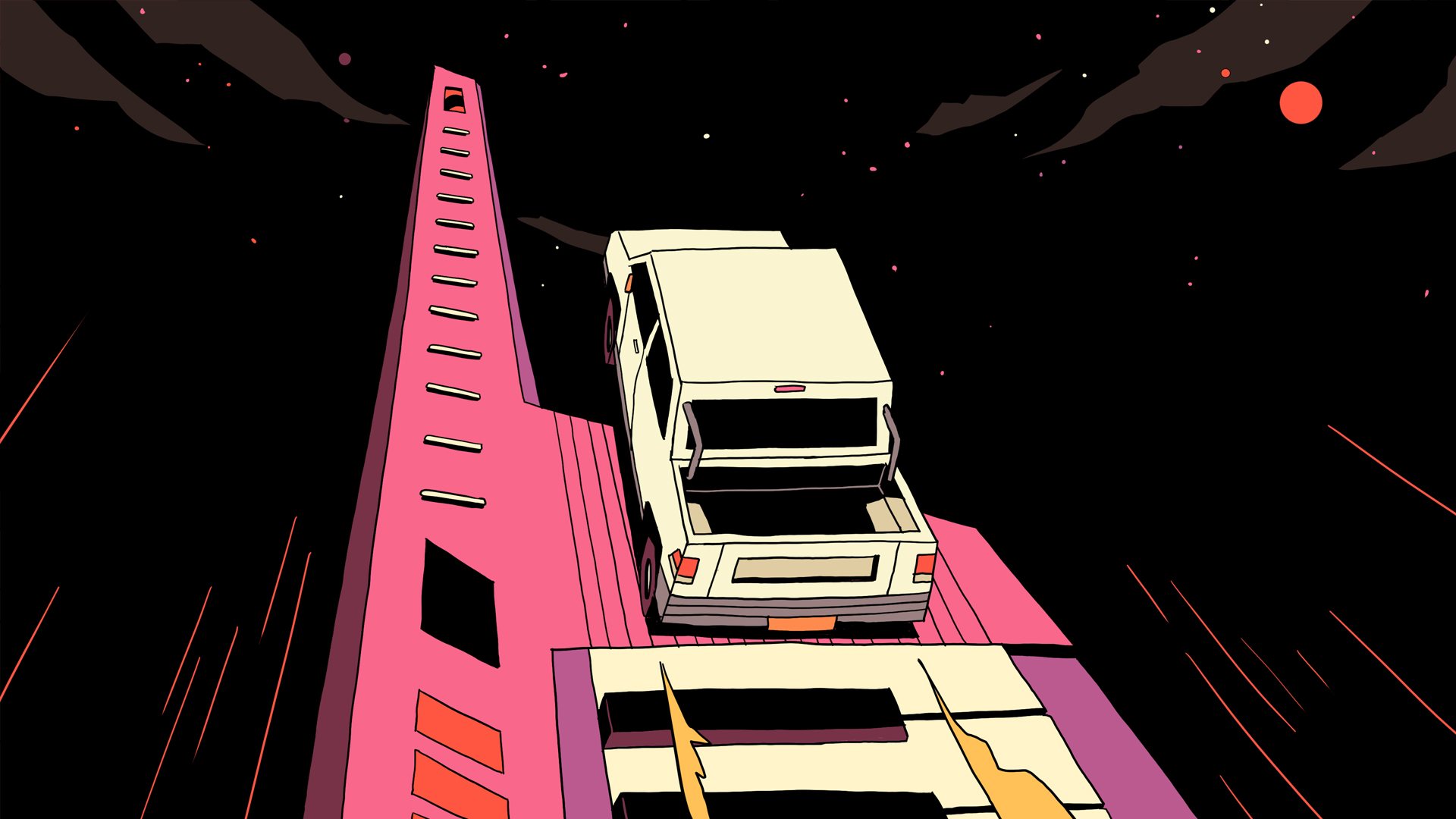 The film was all built in traditional 2D animation so we could have the flow we wanted. A quick and lively journey to the final destination. We put our camera chasing the car all the time as if it was in the race for real. Spinning, jumping and accelerating. Looking at several police chase movies was a very interesting process that made us understand the best places to position our actions.

So, enjoy the ride!