World-renowned DJ Marshmello has taken over Coca-Cola!
The Coca-Cola Creations label brought a new flavor to the shelves and along with it, artistic events, visual experiences, music and games.

Coca Cola Creations label was developed in order to bring different flavors and experiences to consumers.

Just like the product, the brand also bets on a bold visual communication for each launched product.

Taking this into account, the creative team from GUT, who was responsible for the launch campaign, invited us to produce a short film series to announce the new white tin in a collab held with the famous DJ Marshmello.

Creating a primary story was our first step. Marshmello would take care of the original Coca Cola for a while, so we decided to represent him through a thick and plasty liquid that wrapped the can and transformed it completely. A Marshmello invasion.

And from that basic concept, we started developing each particular story. 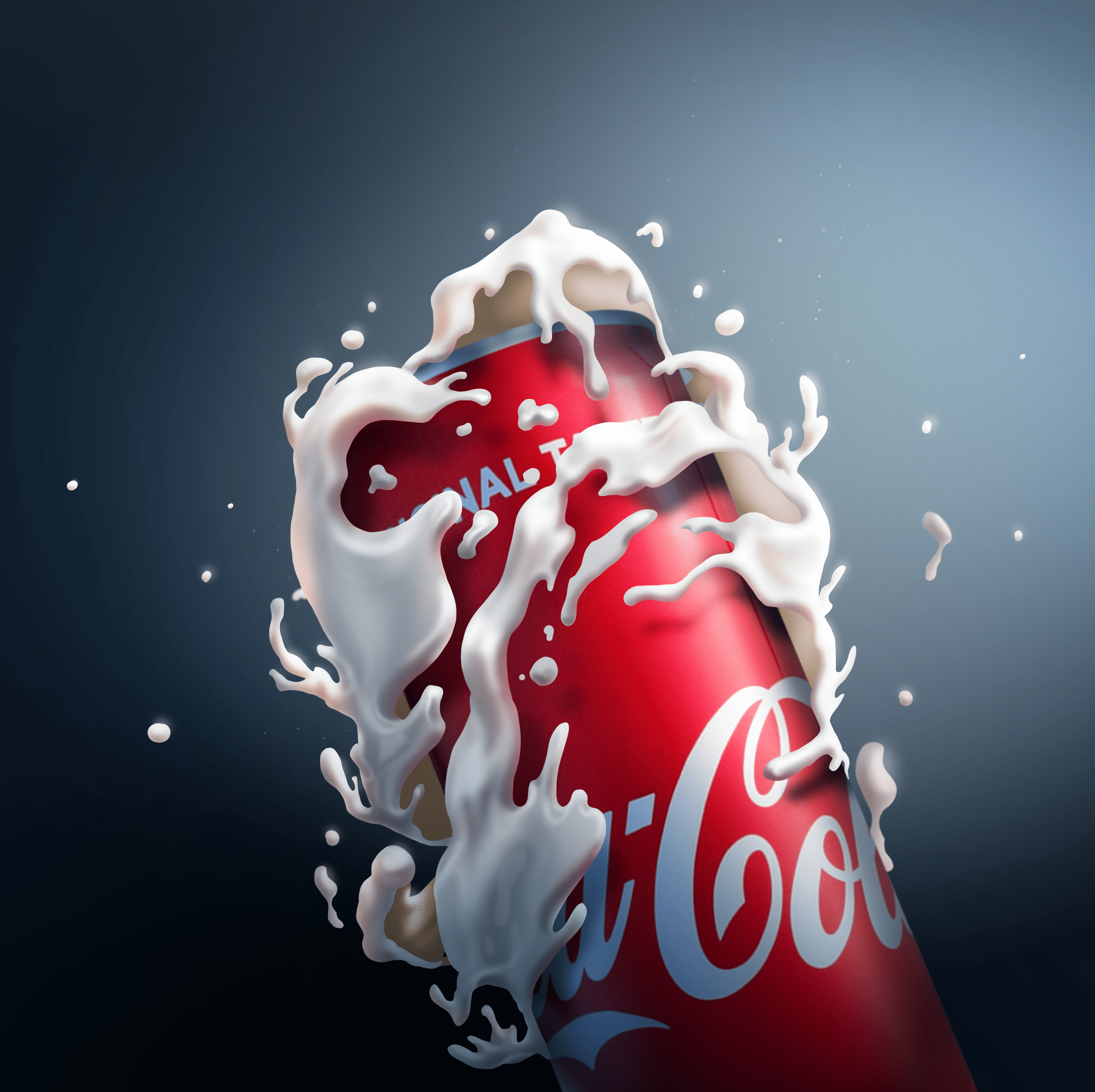 Along with the brand, the artist created a flavor which mixed watermelon and strawberry, and in parallel recorded a song to launch simultaneously with the new flavor. And it was our responsibility to tell through short narratives all the astonishing news related:

The new can model, the collab with the artist, the fruits mix, DJ’s new song, the game launched and the sensory experiences activated via QR code.

All of this in a surreal, trendy and visually stunning way.

The Creations label doesn’t have so many ties with the brand tradicional guide, which allowed us an open way for defining the films’ art direction. The new tin had a black, white and shades of gray color palette.

So we opted for a minimalist design, frame centered compositions, subtle background changes in every film and vibrant color points brought by fruits and liquids. A contemporary aesthetic with a super realism concerning the elements and the whole visual. A perfect realism – so perfect as to make a room for the surreal.

Realizing the differences among the physics of each liquid was a quite interesting factor in creating this realism. 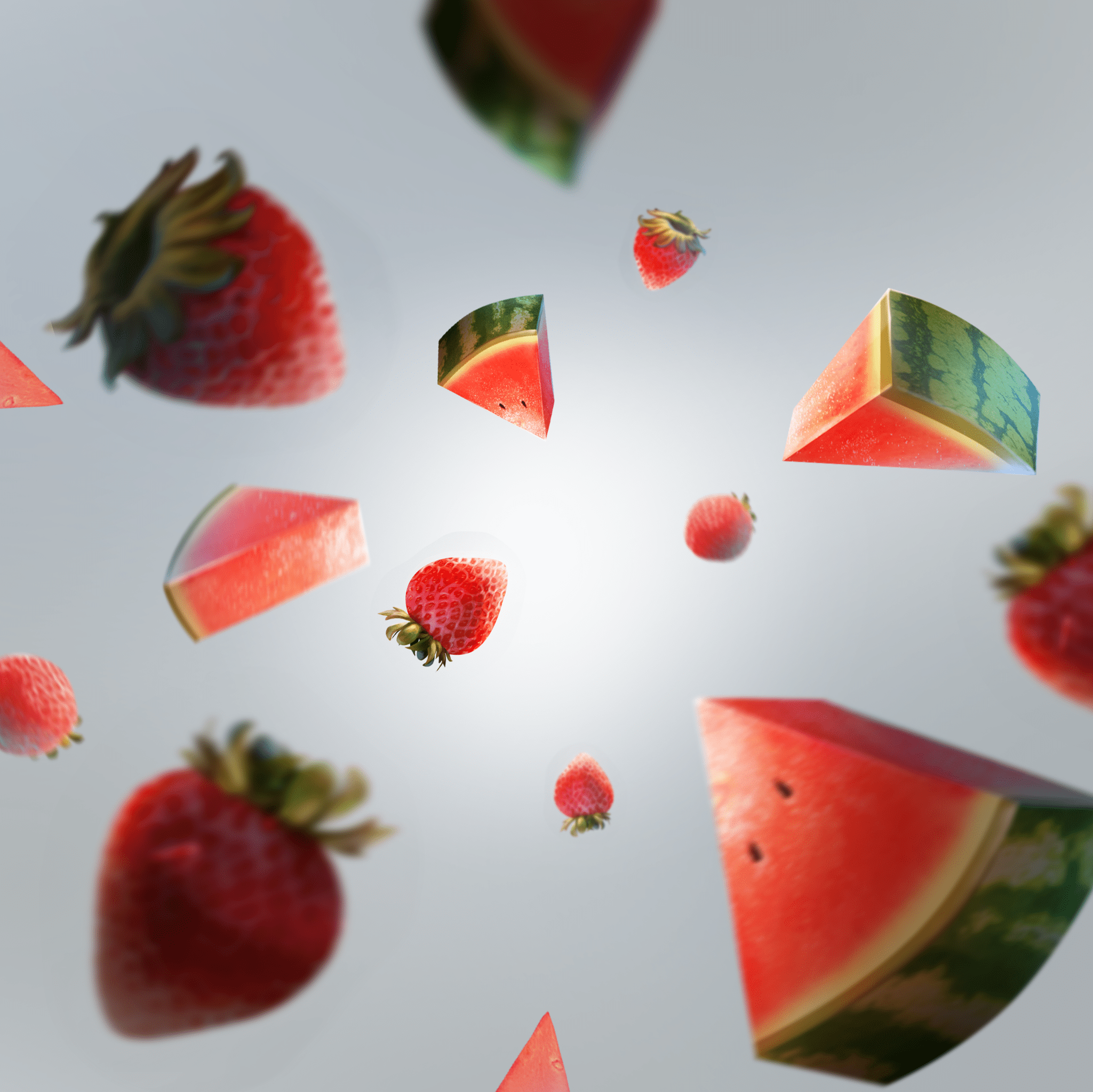 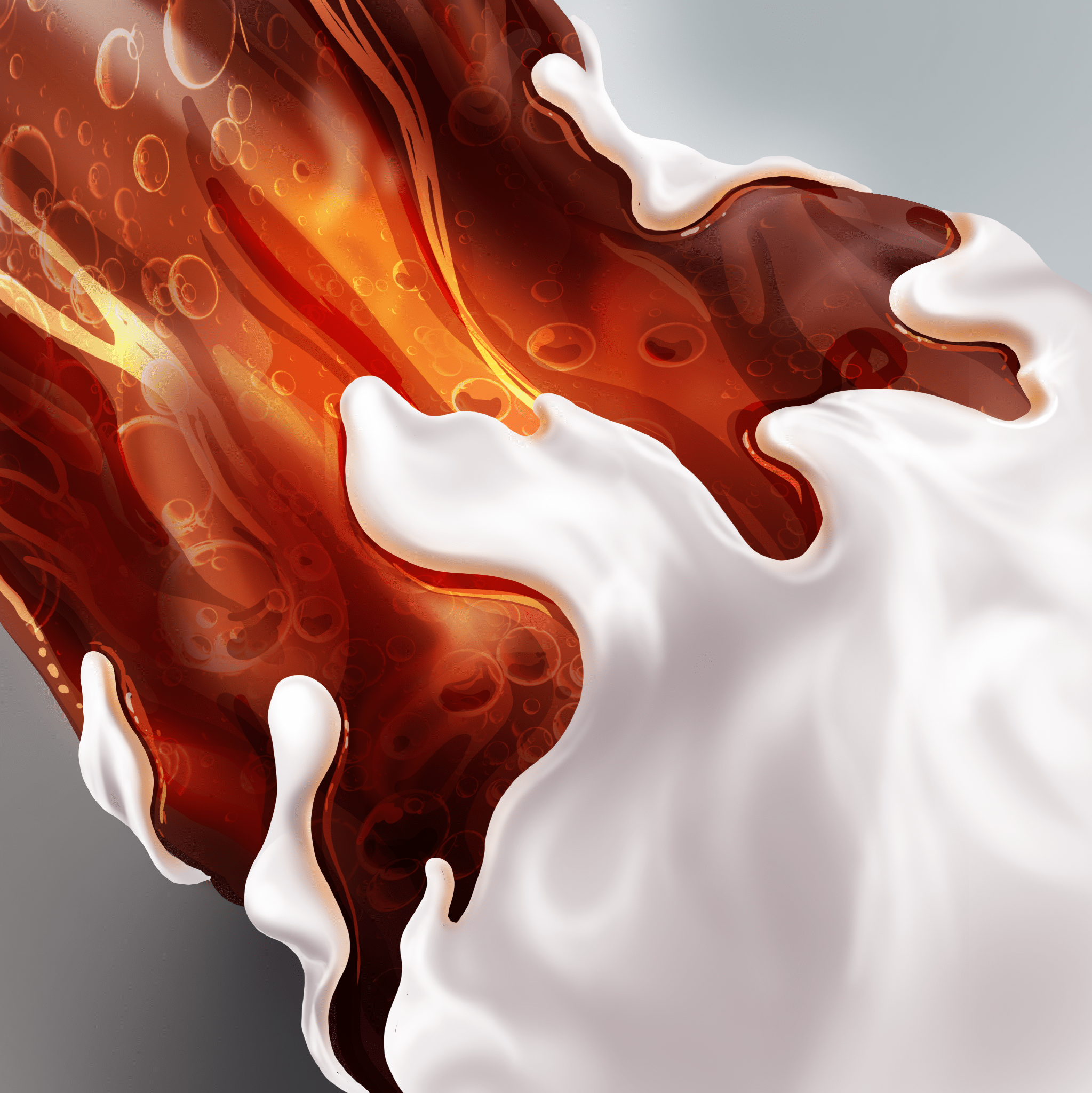 In view of the sensory and surrealistic path we decided to follow, 3D simulation was a great ally in our creative process. Smoke, explosions, several thicknesses and densities of liquids made our scene breakdown much richer and more precise. Since the scope was 5-15 seconds films, the narrative punch became more incisive and completely matched to the proposal of Coca Cola Creations label. 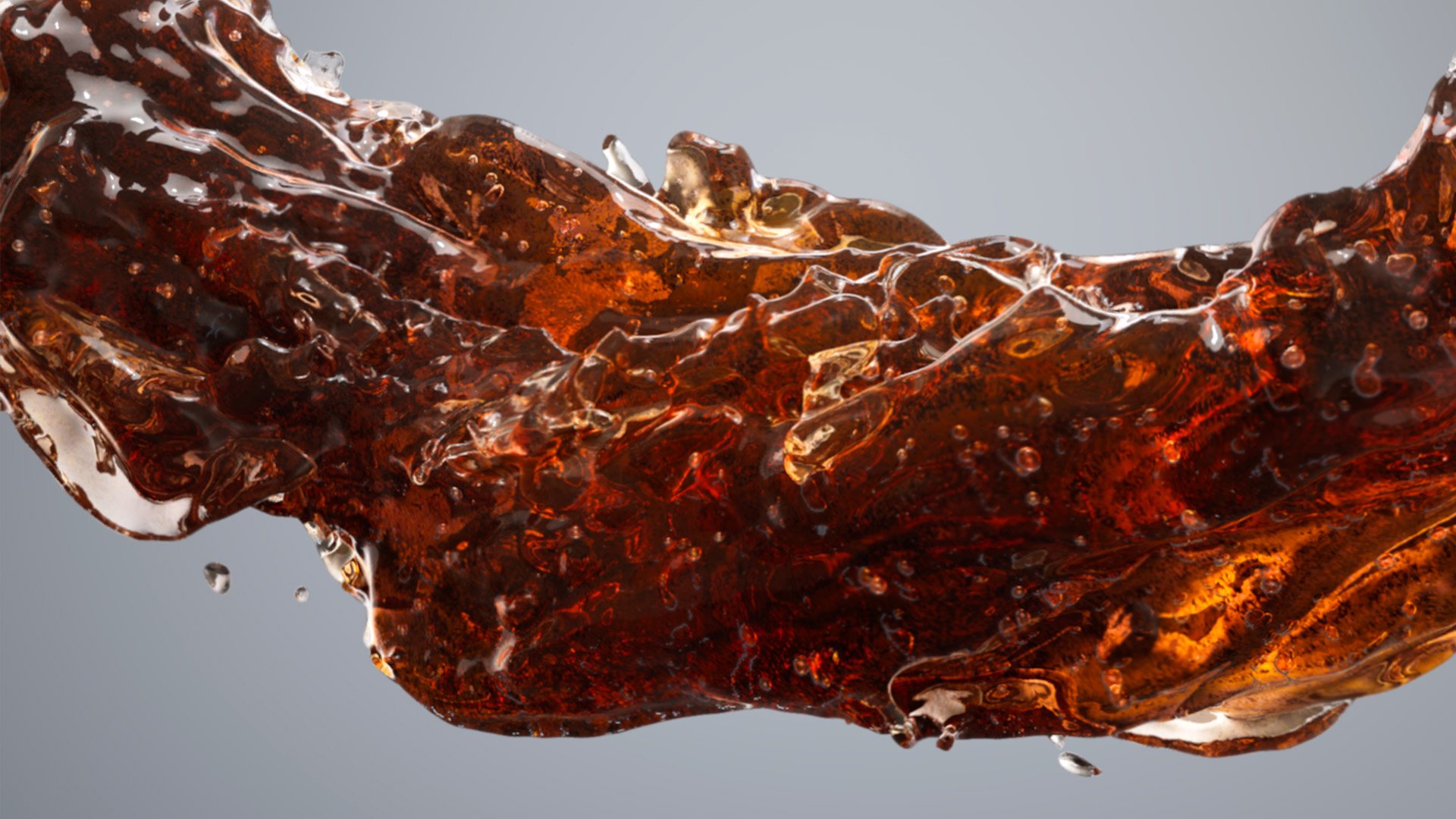 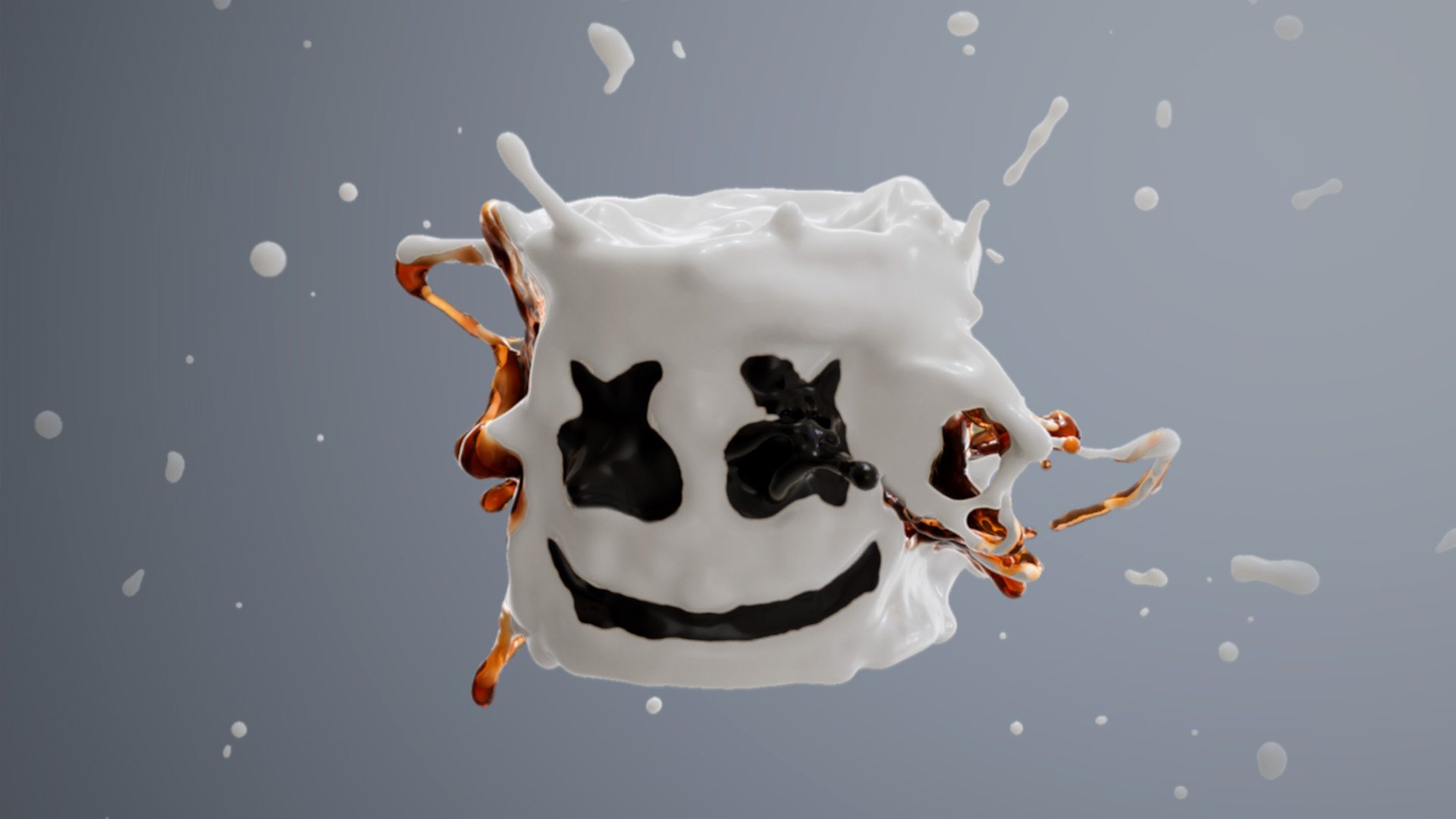 In addition to the art direction, in order to have a correspondence among the films we developed some editing and movement rules. We avoided using camera movement so that the experience was fully represented by the protagonist elements’ movements on the scene. Using cuts before the animation’s conclusion and time-jumping to finish the movement at another angle. Anticipate, cut, finish. This way, we were able to tell longer actions in short films. 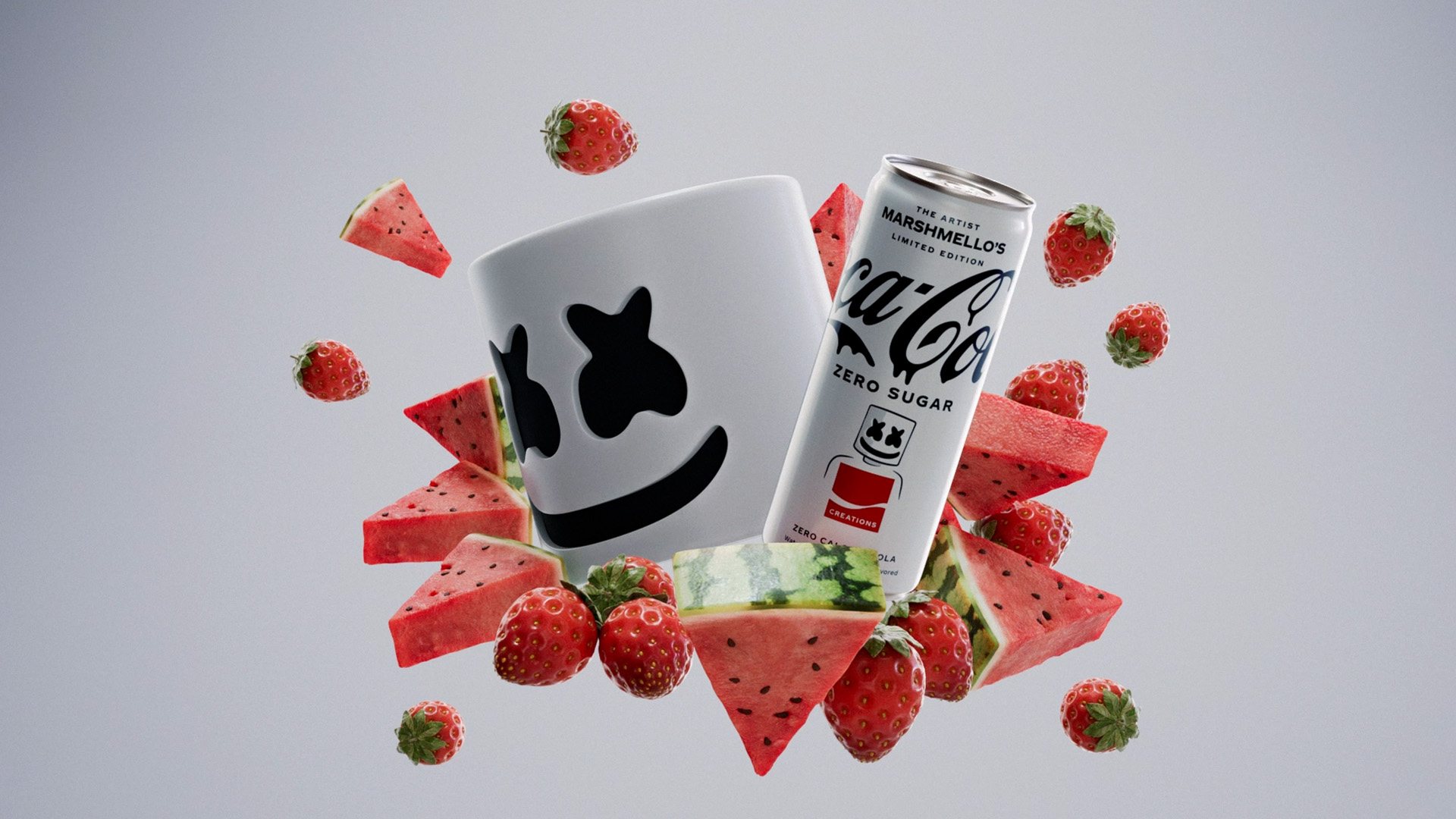 Besides the creative part, this was a global campaign, with thousands of labels in different languages and a process that required an extreme organization and production intelligence in order to facilitate prompt changes within the 3D and simulation. A delirium that mixes aesthetics and production strategy, just the way we love!